About Integrated Wellness of Florida

Dr. Michael Cohen, “The Results Chiropractor” is a member of the Florida Chiropractic Association and Broward County Chiropractic Society. He has expertise in spinal therapy, relief for neck pain, headaches, whiplash, sciatic pain, back and lower back pain. After learning the science and the success of regenerative medicine cell therapy, Dr. Cohen decided it was a perfect fit for his patients. By bringing on a licensed Physician, Dr. David Blyweiss, and Nurse Practitioner (ARNP), Marisa Kooima, he has expanded his practice to include regenerative medicine. Our therapy fits with Dr. Cohen’s values because it relies on the all-natural healing of the human body.

Chiropractic Healthcare and Wellness Center engulfs a science-based nutrition. Therefore, they provide emphasis on allowing the body to heal itself without the use of drugs or surgery. Dr. Cohen and his practice believe in proactive health care. They want to find the illness at the source and work from there. This is partially why Dr. Cohen expanded his practice to include regenerative medicine. Science-based nutrition incorporates the use of vitamins, botanicals, herbs, healthy diet, and lifestyle to reduce stress on the system and encourage optimal function and health.

Regenerative medicine has the ability to help numerous injuries. Our therapy can restore damaged tissue, ligaments, nerves, and cartilage.  We work hard to heal your body. Regenerate Wellness is at the forefront of regenerative medicine in South Florida, providing an opportunity for patients in the area to experience relief without surgery and medications.

David J. Blyweiss, MD began his medical career as a clinical pharmacist in South Florida prior to earning his medical degree from St. George’s University School of Medicine in 1982. This dual background allowed him to appreciate the relevance of conventional pharmaceutical/surgical based treatments in acute medical conditions, but also to recognize where these approaches fell short in treating the vast majority of patients who suffered from the chronic degenerative diseases of “western civilization origin”.

Over the last twenty years, with the nutritional medical knowledge base expanding in the fields of nutrigenomics, proteomics and other related “orthomolecular” disciplines directed towards patients’ biochemical individuality, Dr. Blyweiss became an early adherent, experienced practitioner and now teacher of what would become known as “functional medicine”. Dr. Blyweiss has used this matrix of systems biology to effectively manage and alleviate the symptoms related to the most “difficult-to-treat” conditions by addressing the underlying causes, helping to guide the body to heal itself.

In association with Humana Medical Plans, as an affiliated provider, Dr. Blyweiss also served as member of, and subsequent chairman of, the Quality Assurance Committee and Physician Credentialing Committee from 1985 – 1990. He is adjunct faculty at University of Miami Miller School of Medicine helping to train both future and practicing physicians in “functional medicine” . He is both a local authority and international speaker on a multitude of important medical subjects with a functional medicine approach.

Dr. Blyweiss was one of three researchers doing the early work on chlorhexidine (phisohex, hibiclens) while earning his first post graduate degree at Temple University School of Pharmacy. During medical school he worked with the World Health Organization in vaccinating children in the island nation of Grenada. He was a team member of the physician relief program in Kendall, Florida after Hurricane Andrew in 1994.

He has traveled the world, most recently to Gabon and Croatia working closely with teams of specialists to identify new plant life and natural products for possible human benefit. He has consulted for and created state-of-the -art nutritional supplements for multiple nutritional companies since 1999. He helped form Eden Laboratories Ltd. doing regenerative medicine research in Belize, CA. He is currently in private practice in South Florida where he resides with his family. 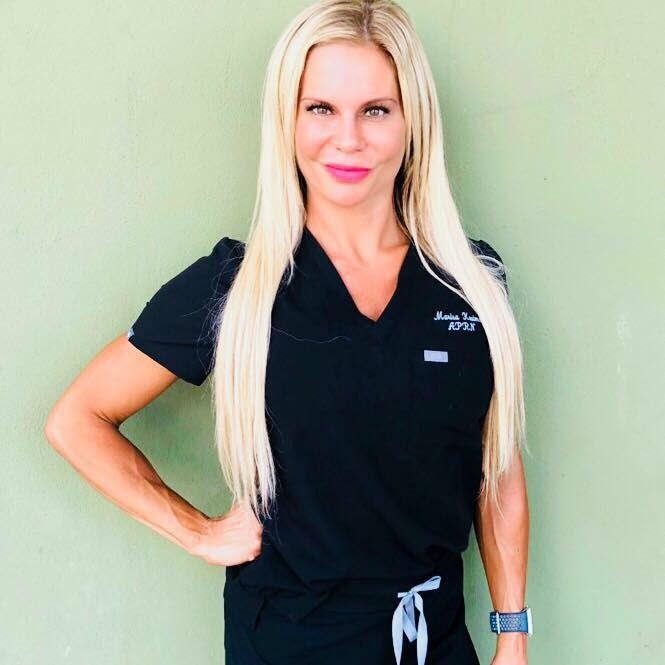 Marisa Kooima is a board certified advanced registered nurse practitioner with over 15 years of health care experience. She has been praciting as an advanced practice registered nurse for the last 9 years. She has a very extensive background including Emergency Medicine, Hospitalist Medicine, Cardiovascular/endovascular surgery and regenerative medicine, PRP, IV nutritional therapy and facial aesthetics. She is also a huge advocate for overall health , wellness and nutrition . She is an NPC athlete who currently competes in the bikini division and will be competing for her IFBB pro card in 2019. Marisa is not only dedicated to her overall health but the overall health of her patients and treats each and every one as the unique individual that they are. She believes that a healthy outside starts from a healthy inside.

YOU DON’T HAVE TO LIVE WITH CHRONIC PAIN

Are you considering regenerative medicine?

You don’t have to live your life with chronic pain. Regenerate Wellness has helped countless patients reclaim their freedom to live a pain-free life and we can help you too! It’s normal to have questions about regenerative medicine, and we want to make sure you’re as comfortable as possible before committing to a new treatment. Regenerative medicine is risk-free and has no adverse side effects, but it isn’t right for every patient. To explore if it is right for you, contact us below.

Leave us a message

Located inside of Cohen Chiropractic and Wellness